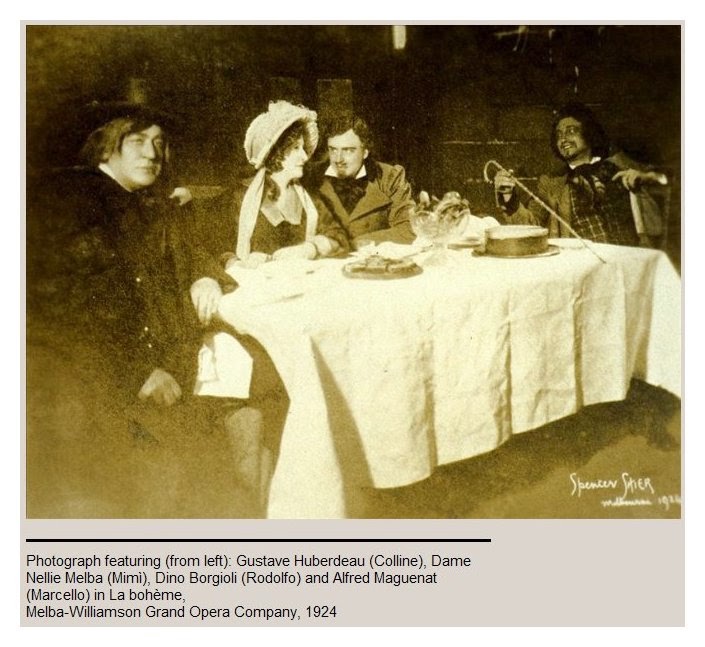 First he sang character and Buffo roles. In 1908 he made his debut at the Opéra-Comique in as baron Douphol in G. Verdi’s ‘’La Traviata’’. Nevertheless, he soon appeared in the first baritone roles. In 1911 he sang at the Opera de Nice as Sebastiano in the French première of the opera "Tiefland"  of E. d'Albert. Especially he was known as Figaro in ‘’Il Barbiere di Siviglia’’ by Rossini. In 1913 he sang at the Théâtre Gaîté-Lyrique in in the premiere of the opera ‘’Carmosine’’ by Henri Février, in 1914 in the Lamarjat’s opera ‘’Chacun pour soi’’. In the 1914-1917 seasons he had at the Opera House of Monte Carlo in a number of parts big success, among other things as Enrico in ‘’Lucia di Lammermoor’’ (together with Enrico Caruso and Graziella Pareto), André in Massenet’s ‘’Thérèse’’, La Balafre in ‘’La Vivandière’’ of Godard, Amonasro in ‘’Aida’’, Germont in ‘’La Traviata’’, Napoleon in ‘’Madame Sans-Gêne’’ of Giordano and in the opera ‘’Les cadeaux de Noël’’ of Gunsbourg. He sang there also in 1914 in the premiere of the (posthumous) opera ‘’Cléopâtre’’ of Massenet. In the 1915-1919 seasons he was engaged by the Chicago Opera, where he also took part in 1919 in the premiere of the opera ‘’Gismonda’’ of Henri Février. In 1913 he sang as a beginning role at the Covent Gardein in the role of Pelléas in ‘’Pelléas et Mélisande’’, one of his star roles. In 1914, 1919, 1920 and 1926 he was to be found again as a guest at the Covent Garden in London, where he performed in 1919 in England premiere of Massenet’s ‘’Thérèse’’. In 1922 he appeared at the Grand Opéra in as Hérode in ‘’Hérodiade’’ of Massenet. In 1924 he took part in an tour which big prima donna Nellie Melba had arranged. In 1927 he retired from the stage and been active in educational area.

Posted by Ashot Arakelyan at 8:37 PM